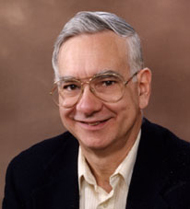 «My Vision of and for the Future of Education»

Resumen: What do physicists want students to learn? (it’s not what students want to learn!) What should students learn in the future? What, in fact, do they learn now – and remember upon graduation? What instructional activities do they learn this from, and what learning habits are helpful/hurtful? We must be able to answer these questions to have an informed discussion about teaching physics next year. Our recent research, much based on educational data mining, begins to answer these questions, and a new pedagogy begins to make students more expert. I’ll discuss ways to utilize open online courses to do research that improves student learning. Lastly, I’ll present a vision for sharing a future of research-based education.

Bio: David E. Pritchard attended Caltech (B.S. 1962) and Harvard (PhD 1968), and has been with Massachusetts Institute of Technology since, where he is now Cecil and Ida Green Professor of Physics. His research accomplishments span modern atomic physics, including laser spectroscopy, atom-atom and atom-molecule collisions, atomic line broadening, van der Waals molecules, atom optics, atom trapping, precision mass measurement, atom interferometry both without and with Bose Einstein Condensates, and condensed matter physics using ultracold bosons and fermions. His group invented the MOT, a laser trap for cold atoms, as well as the Ioffe-Pritchard trap, both workhorses in the study ultracold atoms and molecules. He is a member of the National Academy of Sciences, and a fellow of the American Academy for Arts and Sciences, the American Association for the Advancement of Science, the American Physical Society and the Optical Society of America. He has won the Broida Prize and the Schawlow prize from APS, the Max Born Award from OSA, and the IUPAP Senior Scientist Medal in Fundamental Metrology. With Dan Kleppner he built the current Atomic Physics group at MIT, which is ranked (tied for) 1st in the nation. He is an extraordinary mentor, having received two mentoring awards from MIT and mentored four winners of national thesis awards and three Nobel prizewinners (one of whom gave Dave his gold medal).

Dave has a lifelong interest in teaching and wrote A Mechanics Workbook using the paper-based “programmed instruction” method to teach problem solving. He has a large collection of puzzles and paradoxes in physics and has taught a 10-hour course in this many times during MIT’s January Independent Activities Period. He also collects “physics for lunch” problems, each one of which typically puzzles beginning graduate students for a lunch period. With his son, he developed cybertutor.mit.edu, then founded Effective Educational Technologies which developed myCyberTutor.com – now sold by Pearson Education as MasteringPhysics.com, MasteringChemistry.com, etc. and used by over 2M students annually. He was the first Major Coordinator in the MIT Physics Department, and won a Dean’s Teaching and Advising Award and the Earll M. Murman Award for Excellence in Undergraduate Advising at MIT (2010). His education research group has developed a new pedagogy for teaching problem solving and an integrated online environment for learning introductory physics – see http://RELATE.MIT.edu. These developments form the basis for the group’s current free online physics course, see it at RELATE.MIT.edu/physicscourse and of Pritchard’s vision to make a Library of Open Research-based Educational Activities that teachers can assign to their students. His group has published the only evidence of learning in MOOCs.